Your browser does not support JavaScript! astype fonts - Vtg Stencil Marsh
Support
Ukraine
For a working shopping cart, please use desktop version of a decent browser!

The Vtg Stencil fonts from astype are based on real-world stencils from several countries.

The Marsh design was drawn from authentic 1 inch stencils, cut by a late Marsh Model R machine. Marsh had been making stencil machines since 1922 and was the fourth manufacturer of stencil machines in the world, alongside Bradley, Diagraph and Ideal. Marsh built stencil machines for 1/4, 1/2, 3/4 and 1 inch stencils – with small differences between the stencil sizes. Even within the same stencil size there can be slight differences depending on the year of manufacture. The letter design is based on a thin, slightly narrow sans serif and strictly monospaced. This leads to some optical problems with wide and narrow letters such as M, W, and I.

Marsh stencil machines, like those of competitors Bradley-Diagraph and Ideal, were also used by the US Army and Navy, particularly during the Second World War and the Korean War.

Regular is the most refined style. I reworked the spacing and some of the proportions and made the bridges narrower - of course this style is kerned. The Mono style retains most of my design changes, but is monospaced. The Source style is very close to the original cut, but I had to fix the ugly curve of the letter S. The numbers 1 and 0 and the letters I and O have the same design. 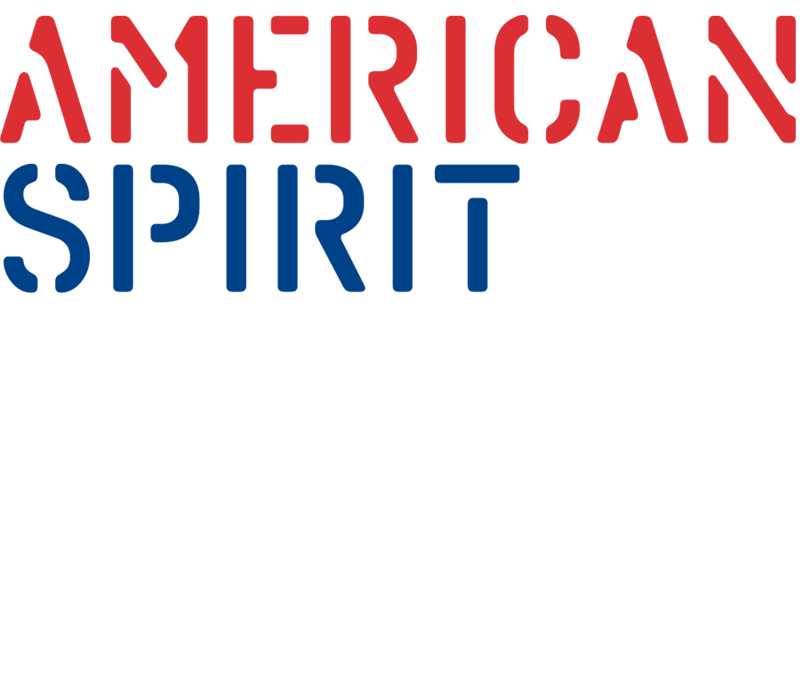 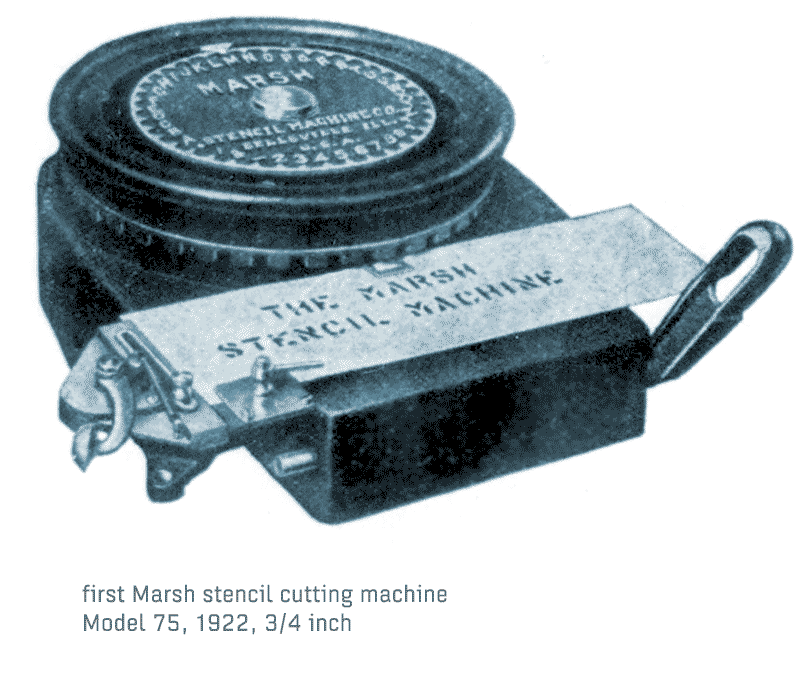 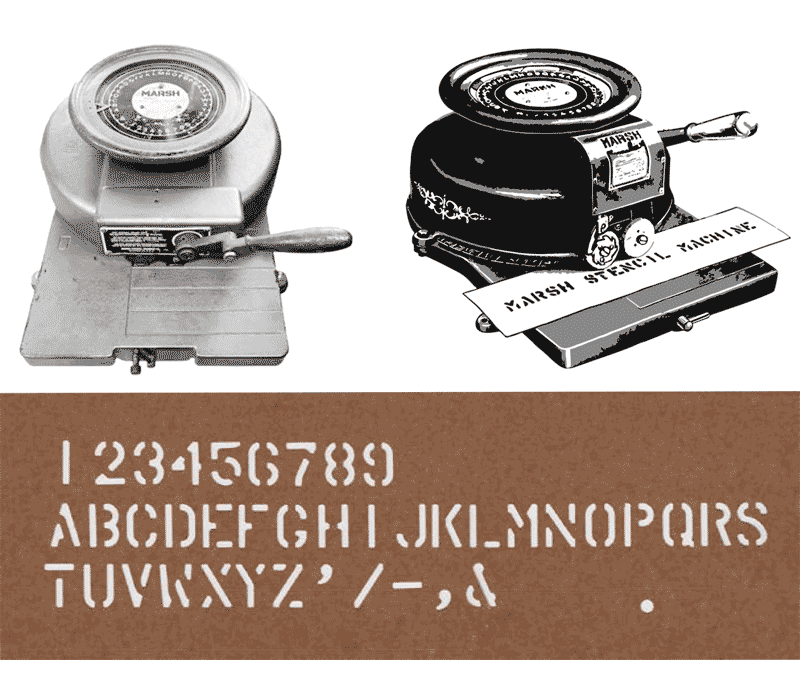 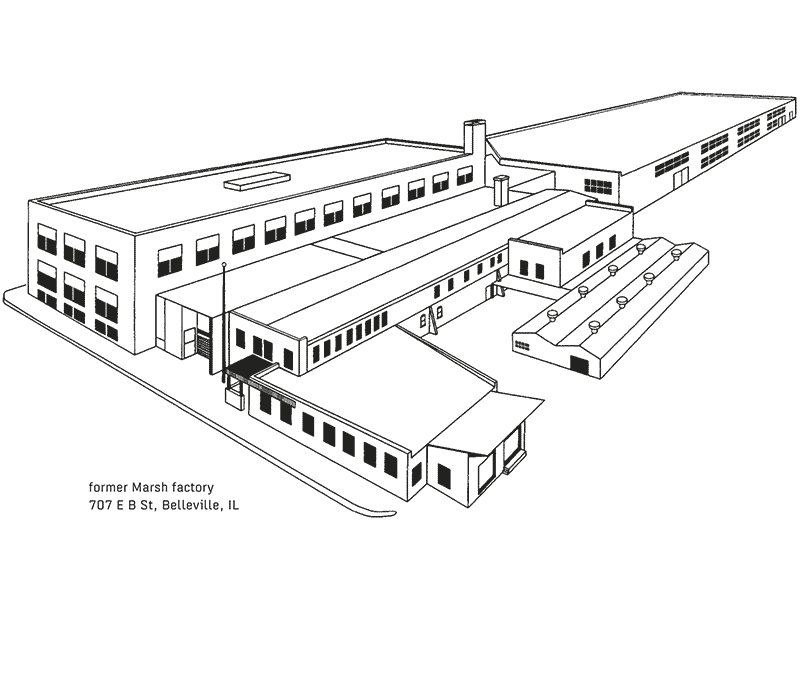 The birth of the Marsh Stencil Machine Company

In 1911, a group of investors led by George Remnsnider founded the third stencil machine company in Belleville, Illinois - the Ideal Stencil Machine Company. One of them was 42-year-old self-made businessman John William Marsh. John W. Marsh was treasurer and first secretary of the sales department and later director of the Ideal Stencil Machine Company. During this period, the Ideal No. 1 machine (1911), invented by George Remnsnider, was launched against competition from Bradley and Diagraph with a huge marketing effort. This was followed by the Ideal No. 2 (1913) and No. 3 (1916) for smaller stencil sizes. The First World War increased the volume of freight in the USA to such an extent that the new Ideal company was able to sell its machines and establish itself. However, John W Marsh was unhappy that Ideal had not diversified further. Essential consumables that can compensate for slow periods in machine sales are inks, ink applicators and stencil board. Around 1917, he and his two sons, Walton Charles Marsh (Walt) and Eugene John Marsh (Gene), began planning the formation of a new company.

After the First World War, John W. Marsh, now over 50 years old, decided to start his own business. To this end, he sold all his interests in the Ideal Stencil Machine Company towards the end of 1920 and resigned from all his positions at Ideal on 17 January 1921. He then incorporated Marsh Shipping Service Inc. (formal date was December 21, 1920.), with himself as president, his sons Walt Marsh as general manager and E. J. Marsh as sales manager. A factory building was leased at 707 East B Street, Belleville, IL, production was set up and the first employees were hired. One of the first brand products was Marsh Stencil Machine Ink. Other products were ink applicators like the Marsh Fountain Brush and stencil (oil) board. All of this was done with the Marsh logo design, which is still distinctive today.

Around March 1922, the company was renamed the Marsh Stencil Machine Company. A folder was distributed to interested parties with documentation on the first Marsh stencil machine. Towards the end of 1922, the machine was shown to the public for the first time at the 19th New York Business Show.

The American Bakers Machinery Association, of which Diagraph Stencil Machine Corp. was a member, then sued Mr Stephen D. Hartog (the patent holder of the machines Diagraph manufactured) and the Marsh Stencil Machine Company for injunctive relief. However, Judge Crow found that Diagraph had taken unfair advantage of Mr Hartog by using his invention without adequately compensating him. The case was dismissed in early 1923.

In September 1923, the company was fined $1000 in federal court in St. Louis for false billing. In at least 10 instances, the company had billed lower-quality oil board as higher-grade board.

The company was growing and had a sufficient return on capital and in December 1925 John. W. Marsh purchased the previously leased factory building and land at 707 East B Street. Non-Marsh investors were gradually bought out until the company was owned by the family.

As with the Ideal company, John W. Marsh, Walt and Gene Marsh were savvy sales and marketing people with extensive experience in direct mail advertising. Major sales, such as the sale of machines to the US Navy in January 1925 or September 1929, were announced in the press and provided free publicity. Even the production of two-colour printing for direct mailings and the use of cartoons were worthy of a press release in December 1925. Of course, the design of the advertisements was new and well done.

Ideal and Diagraph-Bradley also adopted the cartoon look, although they never matched the quality of Marsh's advertising. From the 1940s, Marsh also used high-quality, full-colour illustrations and photographs.

Compared to Diagraph-Bradley and Ideal, Marsh did the most advertising. During the Second World War it was very patriotic. Some of the slogans seem uncomfortably funny today.

John W. Marsh, born on 16 November 1869, Marsh's first president, died in 1935 at the age of just 65. According to the December 1919 issue of Office Appliances, commemorating J. W. Marsh's 50th birthday, he began working at the age of 14 in a dry goods store for 20 years and in a stove shop for another 9 years before becoming sales manager and treasurer of the Ideal Stencil Machine Company, where he remained until 1920. He was a member of the Belleville Philharmonic Orchestra, its conductor from 1923 to 1935, and a respected citizen and musician in the community.

Side note:
All four of the factories that made stencil cutting machines at the time, Bradley, Diagraph, Ideal and Marsh, were located within a very short radius of each other. Bradley and Diagraph were in St Louis, Missouri, and Ideal and Marsh were in the much smaller town of Belleville, Illinois. Both towns are separated by the state line and the Mississippi River, but are within sight of each other. The area has been shaped by many immigrants, especially Germans since 1835. This is evidenced by the German-born names of the people involved, such as Remnsnider, Fuchs and Hempel. The Marsh ancestors emigrated from England in 1844. 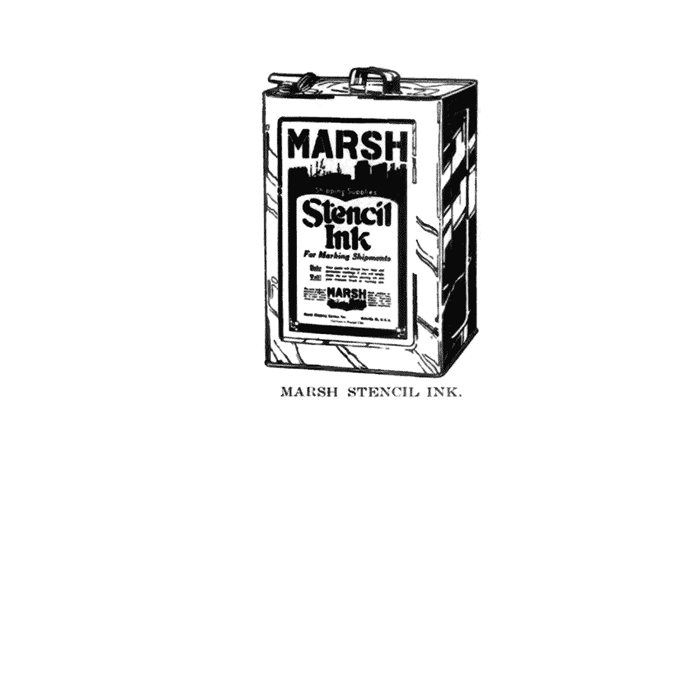 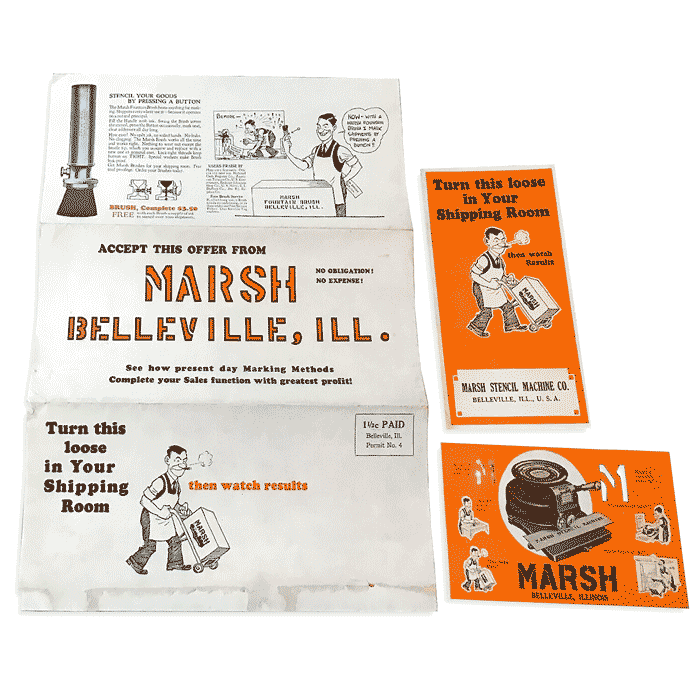 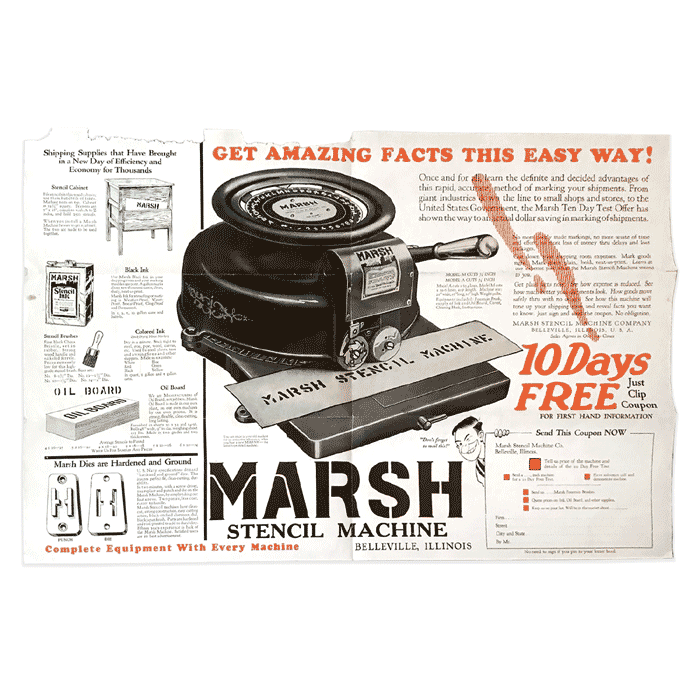 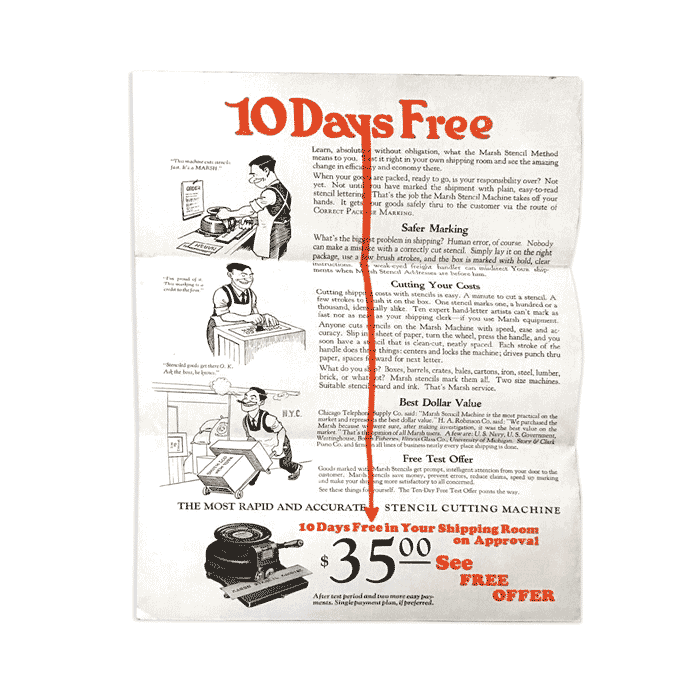 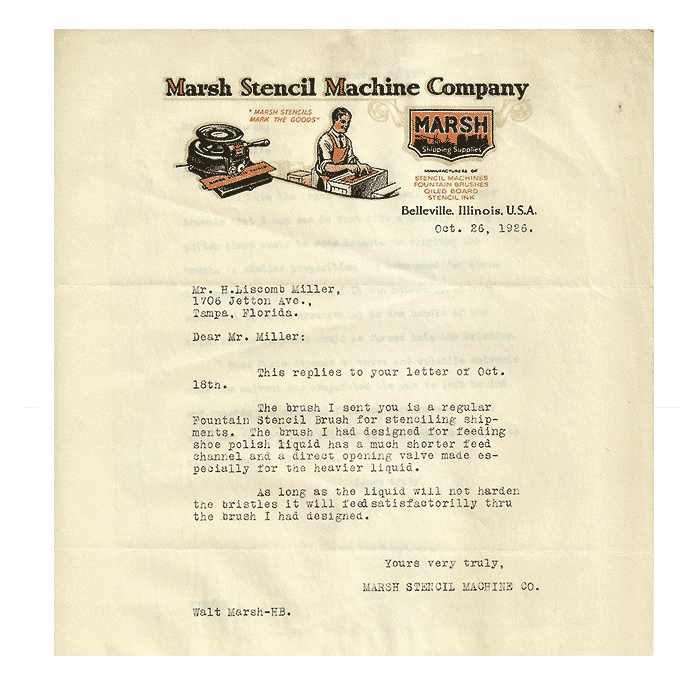 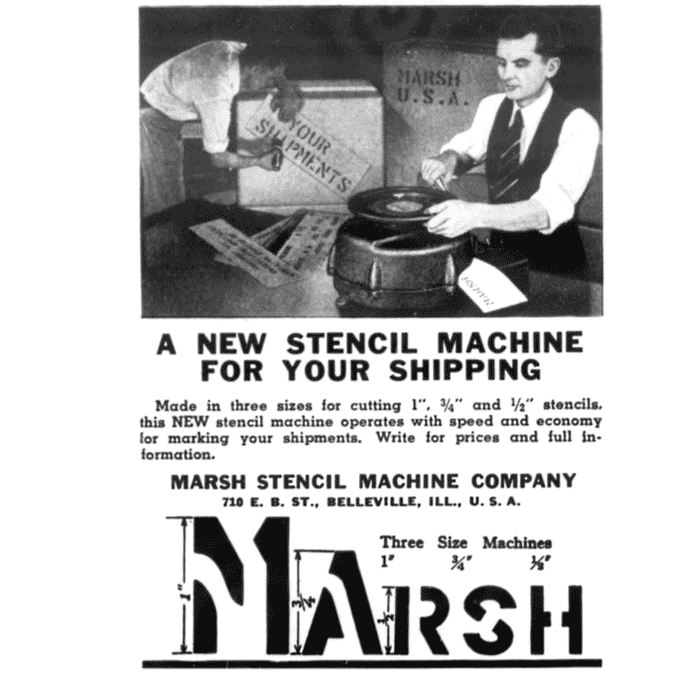 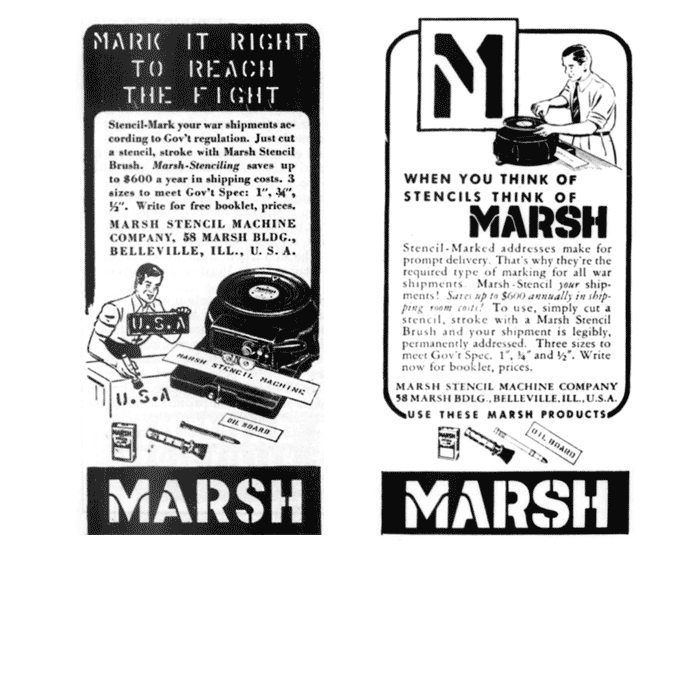 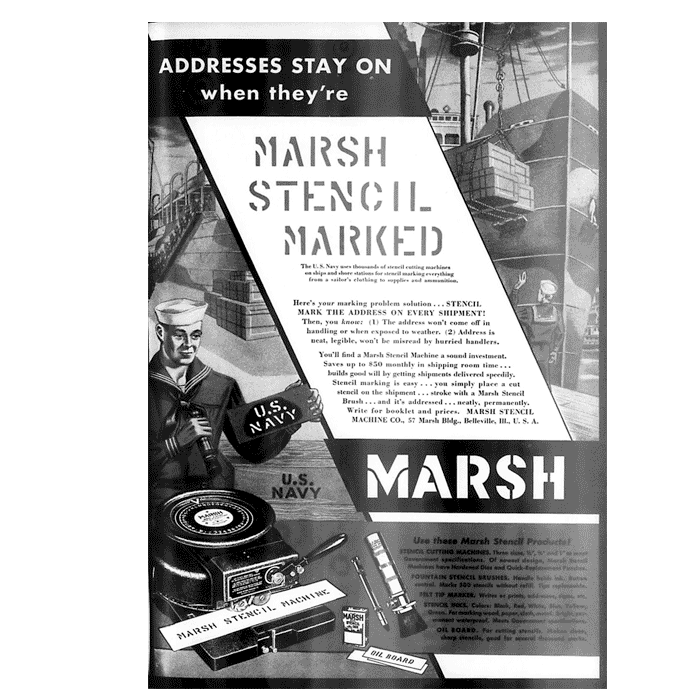 All trademarks mentioned belong to their respective owners.